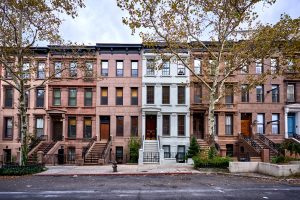 The administration of an estate in New York requires that the Court find that it has jurisdiction to consider the matter being presented to it.  Whether the case involves the probate of a Last Will and Testament or the settlement of an intestate estate, the Surrogate’s Court must be satisfied that it has the requisite contacts to accept the matter for determination.  Such a decision is controlled by the issue of domicile, since the Court has jurisdiction over a New York domiciliary at the time of death.

Determining domicile is not always easy.  Simply stated, domicile is the place where a person has a permanent home as opposed to a person’s residence.  There can be many residences for a decedent but only one place of domicile.  An individual’s intention is an essential part of finding out where a decedent’s domicile is located and the Surrogate’s Court typically reviews many factors along with the applicable laws and rules.  The New York Probate Lawyer Blog has published many articles regarding estate settlement and domicile.

The complexity involved in determining a decedent’s domicile is shown in a recent Orange County estate case decided by Orange County Surrogate Timothy McElduff on July 20, 2021 entitled Matter of Estate of Matarazzo.  In this case, the decedent died in 2020.  She had lived for many years in Malverne, New York, but sold her New York home in 2015 and then went to live with a son in New Jersey.  However, she used the address of another son in Greenwood Lake, New York to receive correspondence and file New York tax returns.  In 2018, the decedent began to reside in a senior center in Pennsylvania, where she continued to reside until her death in 2020.

The son in Greenwood Lake sought to probate a 2014 Will in the Orange County Surrogate’s Court.  The son living in New Jersey sought to dismiss such proceeding and probate a 2015 Will in New Jersey.  The decision in Matarazzo provides a detailed explanation of the principles surrounding a determination of domicile including that an existing domicile continues until such time as a new one is attained.  The focus is a person’s intention to change domicile and an examination of a person’s actions are of primary importance to reach a conclusion.

However, the Court pointed out that an incapacitated person does not have the ability to form an intention to change domicile.  Thus, the Court in Matarazzo held that there was a question of fact regarding the decedent’s capacity and her intention to change her domicile from New York.  The Court stated that a hearing was needed for a final determination.  The Court also found that if New York was not found to be the decedent’s domicile, then the New York Court would not accept jurisdiction over the estate even though there are certain instances when jurisdiction over a non-domiciliary estate may take place.

As can be seen from Matarazzo, the probate of a Will and the commencement of an estate proceeding can involve complex issues regarding procedure and jurisdiction.  Representation by an experienced estate lawyer can be essential.  I have been representing clients in estate and guardianship cases for over four decades.  Call Me Now for a free confidential review of your issue.  We offer reasonable and flexible fee arrangements and personal representation.