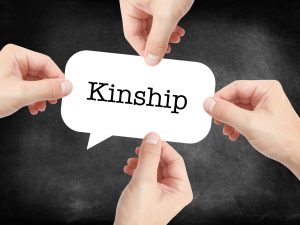 Kinship in New York is always an important factor affecting estate settlement.  Most of the proceedings in the Surrogate’s Courts require that a decedent’s distributees or next of kin be included as interested parties.  For instance, where a person dies intestate without a Last Will and Testament, the estate is distributable to distributees according to Estates, Powers and Trusts Law Section 4-1.1 entitled “Descent and distribution of an intestate estate.”  The persons who have a right to be appointed as administrators in an intestate estate are similarly established pursuant to their status as next of kin in accordance with Surrogate’s Court Procedure Act Section 1001 entitled “Order of priority for granting letters of administration.”

In a situation where a decedent leaves a Will, all of the decedent’s distributees must be identified in a probate petition and provided with notice of the probate proceeding.  The reason for this is that the distributees have a right to contest a Will.  If a Will is determined to be invalid, the estate would then pass to the next of kin through intestacy.  The New York Probate Lawyer Blog has published numerous blog posts regarding probate and intestate estate administration.

Proving kinship is usually a difficult process.  Marriage records, birth certificates, and other documentary evidence, as well as testimony from individuals with first-hand knowledge of a decedent’s family, are required.  Due diligent efforts must be made to obtain this information.  In the case of a non-marital person, the job of establishing paternal kinship is even more difficult.  The important statute dealing with this issue is EPTL 4-1.2 entitled “Inheritance by non-marital children.”  This statute describes the various avenues for proving such kinship.

For example, the statute provides that paternal kinship can be proved by a genetic marker blood test.  Additionally, kinship can be established by showing that the father “openly and notoriously acknowledged the child as his own.”  As can be imagined, it is not always easy to satisfy this later test especially where a non-marital child and father did not reside together.

The issue of paternal kinship can arise in both probate and intestacy cases.  A recent Bronx estate case demonstrates the type of evidence needed to prove kinship.  In Estate of Thomas, which was decided by Bronx Surrogate Nelida Malave-Gonzalez on July 7, 2021, an alleged son of the decedent wanted to engage in a contest of his father’s Will.  The proponent of the Will challenged the son’s status, thus requiring the son to prove that the decedent was his father.

The Court held a hearing where various individuals testified.  This testimony included statements that the decedent did acknowledge his status as the father of the child.  Many witnesses were examined and the decision shows the complexity of demonstrating kinship in these matters.  Ultimately, the Court determined that the son established that the decedent was his father.

I have represented clients in many types of estate cases involving kinship.  Call Me Now for a free confidential review of your estate or guardianship case.  We offer reasonable and flexible fee arrangements and personal representation.