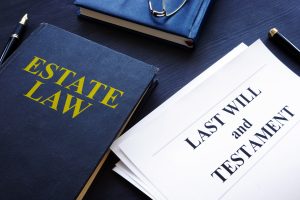 During the course of the administration of a New York Estate, an executor or administrator may be confronted with various issues.  For example, there may be numerous debts that need to be satisfied, such as credit card bills, medical bills, car loans, mortgages and utility bills.  Each of these items needs to be examined and the estate fiduciary must determine whether and to what extent payment should be made.  Sometimes these bills can be reduced through negotiation.

During life, a decedent may have been a defendant in a pending lawsuit.  In these situations, the administrator or executor needs to be substituted into the Court action so that the estate’s interest can be protected.  Another important area of concern is whether the decedent’s estate is subject to a claim or lien from Medicaid.  If the local Medicaid provider paid for services on behalf of the decedent, there may be claims for reimbursement from the estate, such as for nursing home care.

Dealing with a creditor claim can be a complex and lengthy process and can delay the settlement of an estate since a final distribution may not be made to beneficiaries until the net value of the estate is determined.  These issues may take months or years to resolve.  One type of claim that reoccurs in estates concerns an assertion by a person that the decedent promised to pay the claimant for services that were rendered for the care of the decedent before his death.  In these cases there is usually no written contract or agreement regarding the services or the amount of the compensation to be paid.  As a result, a fiduciary must defend against a claim which is typically supported only by the oral declarations of the claimant.

Such a situation was the subject of a recent Orange County estate case decided by Orange County Surrogate Timothy P. McElduff, Jr. on August 10, 2022 entitled Matter of Wiggins.  In this case, a longtime friend of the decedent filed a claim against the estate for over $500,000.00 based upon unpaid amounts for personal services that were provided to the decedent for a number of years prior to the decedent’s death.  The claim was based upon an alleged oral agreement.  As part of his case, the claimant provided affidavits from third parties which asserted that the decedent told the third parties that he (the decedent) would pay the claimant for services after the decedent’s death.

After reviewing various evidence, the Court found that there was no written agreement regarding the claim.  The Court denied the claim based upon a number of grounds.  These included that the oral agreement was too indefinite and vague and that the oral agreement was in contravention of the statute of frauds.  This statute, which appears in various forms in the Estates, Powers and Trusts Law and the General Objections Law, requires that certain contracts must be in writing to be enforceable.  Additionally, contract law principals such as an implied contract were also found to be unavailable to support the claim.

As can be seen from Wiggins, the job of a fiduciary can be complicated.  Numerous procedural issues and matters affecting the protection of estate assets may arise without warning.  The guidance of an experienced estate lawyer can be essential.  I have been representing clients in estate and Surrogate’s Court cases for over 40 years.  Call Me Now for a free confidential review of your estate matter.  We offer reasonable and flexible fee arrangements and personal representation.