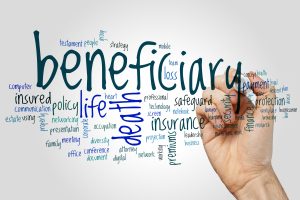 Another common situation occurs where a person creates a Living or Grantor Trust during life.  Under the terms of the trust, when the grantor dies, the trust principal is directed to be paid to persons named in the trust.

While the above circumstances are not all inclusive, the common factor is that the designated beneficiaries of an estate or trust want to receive their allotted share.  I have been involved in many cases in the New York Surrogate’s Courts concerning this issue.  The New York Probate Lawyer Blog contains numerous posts relating to estate matters.  Here are a few suggestions regarding proceedings to facilitate payment.

END_OF_DOCUMENT_TOKEN_TO_BE_REPLACED 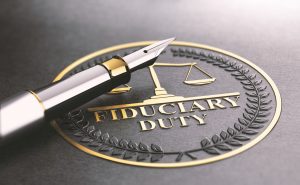 There are a number of different types of fiduciaries.  These include Executors, Administrators, Trustees and Guardians.  Even an agent under a Power of Attorney stands in a fiduciary relationship to his principal.  One common aspect relating to all fiduciaries is that they are required to provide a complete accounting of their conduct and activities to beneficiaries.

In most cases, accountings in estates and trusts are done voluntarily.  These are informal procedures.  After a beneficiary has had an opportunity to review the accounting, they can provide an acceptance and release to the fiduciary acknowledging that there are no objections or concerns as to the acts of the fiduciary.  Sometimes the parties cannot engage in this procedure either because the Executor or Trustee refuses to provide a full account or the objections by the beneficiaries cannot be informally resolved.  When this occurs, a formal accounting proceeding must be filed in the Surrogate’s Court or other Court that has jurisdiction over the case.

A recent Queens trust case was the subject of a judicial settlement of a final account by the trustee.  The case is entitled In Re Baron and was decided by Queens Surrogate Peter Kelly on July 7, 2020.  The Court was asked to consider an application by the trustee to dismiss various objections to the account that had been filed by the trust beneficiaries.  The objections encompassed various assertions of breach of fiduciary duty and wrongdoing by the trustee.  These centered around insurance policies held by the trust which had been allowed to lapse.  Thus, there was no value in the trust at the time of the grantor’s or insured’s death.

END_OF_DOCUMENT_TOKEN_TO_BE_REPLACED

One of the most important aspects of planning a New York estate is having complete knowledge regarding the nature and value of the person’s assets.  The various financial accounts and property interests that are owned may seem straightforward upon initial examination.  However, a thorough review can be the difference between a well-planned estate and post-death problems.

As discussed on many occasions in The New York Probate Lawyer Blog, a Last Will and Testament controls assets that are in the name of a decedent alone.  Thus, a bank account that is titled solely in the name of a decedent will be part of the probate estate.  Similarly, such asset is to be distributed pursuant to the laws of intestacy where there is no Will.  However, many assets are owned or titled in different forms.  There may be joint assets with rights of survivorship, or assets held in the name of a decedent “in trust for” a named beneficiary or in a “pay on death” form for a named party.  These types of items are not controlled by the terms of a Will and are not subject to distribution by the laws of intestacy.  Thus, the type of asset ownership must be carefully examined so that the planning of an estate has the desired results.  A person may prepare and execute a Will expecting that assets are to be paid to a Will beneficiary when these assets, in reality, are titled to be transferred to someone else automatically upon death.

A very popular form of death transfer is provided for by Estates, Powers and Trusts Law (EPTL) section 7-5.2 entitled “Terms of a trust account.”  Pursuant to this statute, when a beneficiary of a trust account survives the depositor, the trust terminates and the title to the trust fund vests in the beneficiary “free and clear of the trust.”  EPTL 7-5.2(4).  This is the “ITF” type of account that most people, including estate lawyers, are familiar with.  However, if the beneficiary should die before the trust account owner-depositor, the trust terminates and the account funds remain owned by the depositor, clear of any trust.  EPTL 7-5.2(3).

END_OF_DOCUMENT_TOKEN_TO_BE_REPLACED

Creating an estate plan in New York involves preparing a number of different documents. These papers may include a Last Will or Living Trust. There may also be other documents associated with a person’s assets such as bank accounts, life insurance policies and retirement funds like Individual Retirement Accounts and 401K plans.

In all instances, it is very important to take care to properly name the beneficiaries on the documents. In this regard there are various rules and requirements and procedures that need to be adhered to so that the beneficiary is properly designated. For example, in a Last Will, when a person is named as a beneficiary of a bequest, the person’s name should be clear and correct. Also, it is a good practice to provide for an alternate beneficiary in the event the primary beneficiary predeceases the testator. END_OF_DOCUMENT_TOKEN_TO_BE_REPLACED

Many situations have arisen over the years regarding the validity and effect of a beneficiary designation or clause that has been provided by a decedent.

The naming of a beneficiary of an asset or property can appear in a variety of forms. A person who prepares a Last Will includes provisions in the document naming various beneficiaries. These beneficiaries may receive a bequest of a specific amount of money or a more general gift of a share of an estate. Many other beneficiary designations occur outside of a Last Will. A person can designate a beneficiary of a life insurance policy or a retirement fund such as an Individual Retirement Account or 401K plan. Additionally, bank accounts can have a designated beneficiary. Such accounts are commonly known as In Trust For or ITF accounts, or Totten Trusts. A person who is named a beneficiary on this type of account typically has no right to receive any of the account funds until the death of the account owner.

In previous blog posts, the New York Probate Lawyer Blog has discussed the many problems that can arise when proper attention is not paid to these various beneficiary designations. For example, the beneficiary designations on a retirement account results in that account being paid to a named person. Such payment may conflict with the decedent’s intentions in a Last Will that disposed of an estate to an entirely different person. Also, intervening events such as the death of a named beneficiary or a divorce or a change in relationship may cause designations to become stale and not reflect the true desires of the decedent. Such a situation recently reached the United States Supreme Court in a case entitled Hillman v. Maretta. In Hillman a decedent had named his spouse as the beneficiary of his Federal Group Life Insurance. After getting a divorce, the decedent did not change the beneficiary designation to eliminate the former spouse. When the decedent died, the former spouse filed a claim for the insurance proceeds. The Hillman case involved the law of the State of Virginia which had a statute that provides that any death benefit to a former spouse is deemed revoked. Unfortunately, under our Federal system of laws, Federal law pre-empts State law and the revocation aspect of the Virginia law could not change the Federal insurance provision which provided for payment of the insurance proceeds to the ex-spouse.

However, Virginia had an additional provision in its law which provided that in the event of pre-emption, a lawsuit could be brought in Virginia by the rightful beneficiary against the ex-spouse to turn over the insurance proceeds. In Hillman the Supreme Court was asked to determine whether this provision allowing for the lawsuit, was also subject to Federal pre-emption. The Court found that the statute was pre-empted by Federal law and that this sort of end around the Federal directive was not available to defeat the ex-spouse’s right to receive the insurance proceeds. It is noted that New York has a statute that also revokes dispositions in the event of a divorce in Estates, Powers and Trusts Law Section 5-1.4.

The Hillman case is a red flag for all persons when preparing their New York Estate Plan. All assets need to be reviewed so that a complete analysis can be made as to the ownership of the asset and the name of any beneficiary who may have been named as a recipient. This complete review is required in order to avoid Estate Litigation and to facilitate Estate Settlement so that a decedent’s intentions and desires are fulfilled.