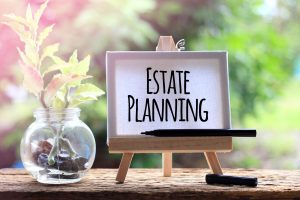 Any discussion regarding estates and trusts in New York invariably involves the Surrogate’s Court.  To most individuals not involved with the settlement of a decedent’s estate or other Court matters, proceedings in a Court named Surrogate’s Court may seem mysterious and sometimes ominous.  However, this Court and the nature of the matters it handles makes it one of the most people-oriented forums in the judicial system.  After all, most of the proceedings concern the affairs of decedents which affect the humanity at some level of all the participants.

The history of the Court dates back to colonial times.  According to an article written by Dennis Wiley entitled “What’s in a Name?  That Which We Call Surrogate’s Court” which appeared in the New York State Bar Association Journal July/August 2016 publication, the title of Surrogate was first used in New York in 1702.  According to the article, New York and New Jersey are the only two systems of probate in the United States which use this term.  Most other places refer to probate courts.

I have represented individuals in all types of Surrogate’s Court proceedings throughout New York City and nearby counties for the past 40 years.  Some cases are rather straightforward.  However, in many instances matters can be quite complex and involve substantial questions that affect personal and monetary interests.  In all cases, we provide personal representation and reasonable and flexible fee arrangements.  Call Me Now for a free confidential review of your estate or Surrogate’s Court matter.