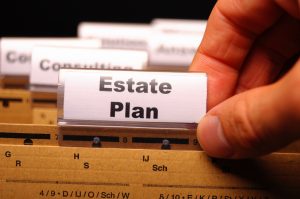 In most New York estates, there is no question or controversy as to which state law applies to estate administration.  When a person who lives and maintains his primary residence in New York, the provisions of New York estate law are looked to regarding estate settlement.  Thus, a probate proceeding or petition for letters of administration is filed in the county where the decedent resided.  The New York Probate Lawyer Blog has published dozens of articles concerning probate and intestate estates.

The fundamental principle which controls the jurisdictional law that applies to a decedent’s estate is known as domicile.  A person may have different residences in various states or countries.  However, there is only one domicile.  A person’s domicile is simply stated as being his primary home.  While the issue of domicile determination can involve an examination of various facts, seeing where a person files local taxes, maintains a business, has a driver’s license and considers his home to be are significant starting points.

Domicile is important because the laws affecting an estate may vary from state to state.  For instance, a New York domiciliary estate is subject to New York law which includes statutes contained in the New York Estates, Powers and Trusts law.  An example of one right that may be affected relates to a spouse’s right to avoid disinheritance commonly known as a right of election.  Under EPTL Section 5-1.1A, a surviving spouse has the right to obtain at least one-third (1/3) of a decedent’s estate.  However, Section 5-1.1A(c)(6) states, in part, that the right of election “is not available to the spouse of a decedent who was not domiciled in this state at the time of death.”  As a result, if a decedent was a domiciliary of a state other than New York, that state’s estate law would control any right of election for the surviving spouse.  Interestingly, the above statute allows a decedent to elect to have the New York statute apply.

As can be imagined, it is particularly important when planning an estate and also commencing with settlement of an estate, to determine domicile and the appropriate laws to be applied.  If someone relocates due to an employment or life change, it is always a good idea to review Last Wills, trusts and other documents to determine whether document provisions and state laws may disrupt or confuse a decedent’s estate plan.

To emphasize the type of problems conflicting jurisdictional rules may create, one need look no further than a recent case which occurred in Delaware entitled In the Matter of the Estate of Meredith L. Sullivan, in the Court of Chancery of the State of Delaware, C.A. No. 2018-0741-PWG.  In Sullivan, the decedent had been a Delaware resident when she took out three (3) life insurance policies naming her husband as beneficiary.  The decedent had then moved to Pennsylvania and obtained a divorce.  After her death, the question arose as to the validity of the beneficiary designations for the divorced spouse.  Pennsylvania law disqualified a divorced spouse as a beneficiary; however, Delaware law did not disqualify the divorced spouse.  The Court ultimately determined that the divorced spouse was disqualified as a beneficiary under two of the three policies.

As can be seen a full and complete review of a testator’s and decedent’s situation is essential in planning and administering an estate.  I have represented clients in estate matters throughout New York for decades.  Call Me Now for a free confidential review of your issue and concerns.  We offer reasonable and flexible fee arrangements and personal representation.