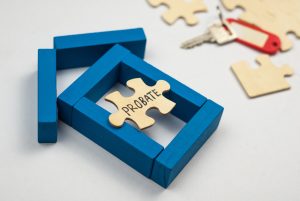 It takes a lot of time and effort to create a New York estate plan.  A testator needs to fully access his assets and make decisions regarding the provisions to include in a Last Will and Testament.  It is important to determine who is to be a beneficiary as well as the portion of the estate each beneficiary is to receive.  Also, executors must be identified and alternative provisions should be included in the event a primary beneficiary predeceases the testator.

Once a person dies, a Will must be probated.  A proceeding is filed in the Surrogate’s Court to have the Will validated so that its provisions become effective.  During the course of the probate proceeding, interested parties may object to the probate of a Will.  In such a case, a Will Contest ensues.  A contested Will case involves specific aspects concerning a Will’s viability.  The New York Probate Lawyer Blog contains many articles regarding probate and Will Contests.

A recent Brooklyn estate case entitled Matter of Grunwald decided by Brooklyn Surrogate Rosemarie Montalbano concerned a contested Will.  In Grunwald, the Will in question was prepared and executed under the supervision of an attorney.  The Court examined various issues surrounding admitting the Will to Probate.  Initially, the Court examined whether the decedent had the requisite testamentary capacity.  Such capacity requires that the testator understood that he was creating a Will as well as being aware of the extent of the testator’s property and the natural objects of his bounty.  Although a person may be old or even suffering from illness such as dementia, capacity may still exist.  The Court in Grunwald found that the testimony of the attorney and attesting witness satisfied the burden of showing capacity.  The Court found that the Objectant did not refute such finding.

Additionally, the Court found the evidence of due execution to be sufficient.  The testimony regarding the events which occurred at the time of the Will execution showed that due execution existed.  The Objectants’ claim that the Will signing ceremony was somehow deficient was not enough to defeat the prima facie showing of execution.

As to the Objectants’ claim that the Will should be denied probate due to undue influence, the Court recognized that a review of all of the facts and circumstances surrounding the Will and testator must occur.  In Grunwald, the propounded Will essentially eliminated the Objectants as primary beneficiaries and replaced their estate inheritance with provisions in favor of a religious organization which had connections to the nominated executor.  The Court noted that the testator was rightfully angry at an Objectant because he had taken control over the testator’s bank account and limited the testator’s access to her own funds.  However, the Court also noted that the testator was elderly, that the nominated executor held a power of attorney from the testator and that the testator was reliant upon others for management of her daily activities.  Based upon these conflicting facts, the Court decided that the issue of undue influence needed to be determined after a trial.

As can be seen from Grunwald, probate cases and Will Contests involve issues of New York estate law and Surrogate’s Court procedure.  Estate litigation can be very complex and representation by an experienced estate lawyer is essential.  I have been representing clients in these matters for over forty (40) years.  Do you have a probate or estate question?  Call Me Now for a free confidential review of your estate or guardianship matter.  We offer reasonable and flexible fee arrangements and personal representation.