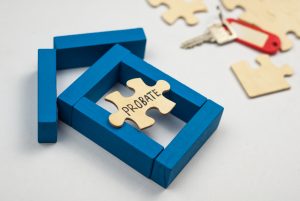 The Probate Process in New York involves various statutes and Court rules. A Last Will and Testament is not valid until it is admitted to probate by the Surrogate’s Court. When a petition is filed with the Court for probate, the document contains the names of the decedent’s distributees (next of kin). These individuals have the right to contest the Will. The New York Probate Lawyer Blog has discussed Contested Will proceedings on many occasions.

The contest process usually begins with reference to Surrogate’s Court Procedure Act (SCPA) Section 1404 entitled “Witnesses to be examined; proof required.” Pursuant to this statute the potential Objectants have the right to take the deposition of the attesting witnesses to the Will and the attorney who drafted the Will. SCPA 1404 also allows discovery of documents such as the estate planning file of the attorney draftsperson, papers showing the decedent’s assets and medical and hospital records of the decedent. Once the SCPA 1404 discovery is completed, the distributees can file their Objections to the Will. These Objections are typically based upon alleged lack of due execution of the Will, lack of testamentary capacity and undue influence.

After the filing of Will Contest Objections, both the petitioner and Objectants can engage in discovery. Thus, the petitioner at this stage can take the deposition of the Objectants and obtain documents. This allows the petitioner to determine the evidence that may support the Objections. There are additional statutes in the Civil Practice Law and Rules and the Uniform Court Rules that control the discovery process. The discovery process can take many months and can be complicated. Information from third parties such as doctors, medical care-takers, financial consultants and friends and acquaintances of the decedent can be obtained.

A recent Staten Island estate litigation case entitled Matter of Estate of Frank, decided by Richmond County Surrogate Matthew Titone on January 13, 2020, demonstrates some of the issues that can arise during discovery. In Frank, an Objectant had received a Notice from the petitioner to appear for a deposition. The Objectant was 93 years old and lived in California. It was asserted that the Objectant was suffering from dementia and had limited contact with the decedent over the years. The Objectant sought a Court order to prevent the deposition.

The Surrogate determined that the petitioner had a right to take the deposition. However, the Court directed that the deposition be held in California or by electronic means or by written questions.

An additional issue that was presented in the Will Contest litigation in Frank was whether the deposition would be limited in scope to the time period of three years before the date of the Will and two years thereafter. This 3 / 2 rule is provided by the Surrogate’s Court Rules Section 207.27. The time period can be expanded if the Court finds special circumstances. The Court in Frank found that special circumstances existed and allowed an expansive examination because the Objectant’s contact with the decedent concerned a broader time period. In its decision the Court referred to a case entitled In Re Duzhansky, which is a case where I represented a petitioner and the Court agreed with my client’s request not to allow an expanded period of discovery.

Estate litigation and Contested Probate Proceedings involve extensive Court procedings. Numerous statutes and rules of law may be involved, as well as complex factual issues. Call me now for a free review of your probate and estate litigation concerns. We provide reasonable and flexible fee arrangements and personal representation.

New York Trusts and Estates Attorney Jules Martin Haas has helped many clients over the past 40 years resolve issues relating to probate and estate settlement throughout New York City including the Bronx, Queens, Brooklyn, Manhattan, Nassau and Suffolk County. If you or someone you know has any questions regarding these matters, please contact me at (212) 355-2575 for an initial free consultation.