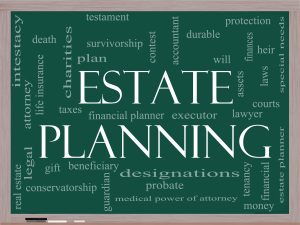 After the death of a decedent, a proceeding may be commenced to probate a Last Will and Testament.  Probate proceedings are filed in Surrogate’s Court in the county where the decedent resided.

Various individuals may want to contest the Will.  Most commonly, objectants are the decedent’s distributees or next of kin who feel that the Will is invalid for one reason or another.  Surrogate’s Court Procedure Act (SCPA) Section 1410 entitled “Who may file objections to probate of an alleged will” delineates the persons who have such rights.  Clearly, an heir at law may engage in a contest since they most likely would be adversely affected by a Will which may diminish or eliminate their intestate share.

The New York Probate Lawyer Blog contains many posts about Will contests and Surrogate’s Court litigation.  These types of cases are usually very difficult because the Surrogate’s Courts tend to prefer that a decedent’s wishes as expressed in a written Will be given effect.  Also, a document that is prepared and signed under attorney supervision is given certain presumptions of legitimacy.  A recent Manhattan estate case decided by Manhattan Surrogate Nora Anderson on October 30, 2020 provides a simple example of such a situation.  In Estate of Memeh, the Court dismissed objections to the probate of the Will.  The various points made by the Court included the following:

As can be seen from the Memeh case, a Last Will that is prepared by and executed under the supervision of an attorney receives a presumption of regularity which can forestall objections.  Also, when a Will contains an attestation clause and witness affidavits, these aspects of Will preparation combine to provide a basis of validity.  Of course, there are many cases where a Will may be invalid due to improper execution, lack of testamentary capacity or undue influence.  However, it is important to examine each case to see if there are any indicia of improprieties upon which objections may be sustained.

I have represented many individuals in contested Will cases, both petitioners and objectants.  Call Me Now for a free confidential review of your probate or estate matter.  We provide reasonable and flexible fee arrangements and personal representation.