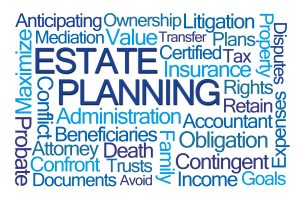 A person who is a New York domiciliary typically has his estate administrated in the County Surrogate’s Court where he maintained his home.  Domicile is a person’s primary home as opposed to numerous residences which may be used.

Whether a New York decedent has a probate estate or dies intestate without a Will, primary estate proceedings are filed in New York.  However, it is not uncommon for a decedent to own various forms of property outside of New York.  Administering such assets may be complicated and challenging.

Where an administrator or executor is appointed in New York, such fiduciary generally has the authority to access and collect all of the decedent’s personal property.  For example, the New York executor should have no problem collecting bank accounts or other similar assets that are held in financial institutions in different states such as California.  These institutions may require certain forms and certified documents to be presented but will recognize the authority of the New York fiduciary to close and collect accounts.

An important point to recognize is that the authority of a New York fiduciary does not include the right to transfer real estate that is located outside of New York either in a different state or country.  In order for the fiduciary to sell or otherwise transfer out-of-state real property, the fiduciary must obtain a new and separate appointment in the foreign jurisdiction.

With regard to personal property such as financial accounts, if these assets are located in a foreign country, the foreign institution may not recognize the authority of the New York fiduciary in any respect and may also require that some type of ancillary proceeding be filed to allow for local authority to collect assets.

It is always important when engaging in estate planning to recognize and understand the nature of a person’s assets so that any complexities regarding post-death administration are considered and possibly avoided.  I have represented many estates where foreign assets were involved and ancillary proceedings needed to be initiated.  Also there have been numerous cases where I have filed ancillary proceedings in New York for foreign fiduciaries.  Call Me Now for a free confidential review of your estate administration issue.  We provide reasonable and flexible fee arrangements and personal representation.